I will never understand Mob fury

Around mid-July Mumbai and Maharashtra faced severe riots when a major political party went on the rampage over the desecration of a statue.

This time several Dalit organizations went on a rampage against the vandalism of Dalit leader B R Ambedkar’s statue in Kanpur. (Report by IBNLive) 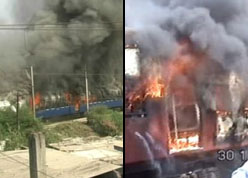 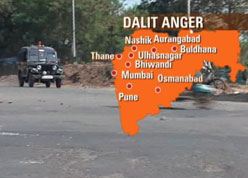 This is even stranger than the first incident because Kanpur isn’t even in Maharashtra!

I condemn any such vandalism but I really don’t understand what these mobs gained by going on the rampage.

As far as I can see it we have three dead persons and crores of rupees lost (read burnt) due to these riots.

The mobs have inconvenienced hundreds, if not thousands of innocent civilians. Roads were closed, buses and trains burnt.

And later, we will have these same people complaining that the buses are too crowded and trains don’t come on time. How can it, when you just burnt some of them down!

And now, Dalit organizations are calling for a bandh. First damage a good portion, then bring the city to a standstill. Result is even more losses for the “city that never sleeps”!

Maybe I am getting unnecessarily agitated. Or maybe I just wonder understand the sheer mass foolishness of the mob. Do you?