Been waiting anxiously for Christmas. Two reasons, one was because of the mass and party and two was to show off my sexy new jacket which Melody gifted me! Picked up two black ties from Big Bazaar, on my way home from work. Didn’t end up buying my black pant, so just used the one I have.

On the downside, I had a feeling my voice was going. It has been slowly deteriorating over the past few days, and last night was the end. Today my voice is hoarse. I can’t talk too much. Much relief to my family 😉

Mass was fantastic. U. Conrad was very well complimented for the efforts he took. We began mass with O Holy Night. Carrying laterns in our hands, we walked out singing, with the priests in a procession to take our places. Since, the lights were off, it indeed was a beautiful sight.

Just before the Gloria, we heard the sound of trumpets, and out from the church came our priest with a group of angels (well not real ones, but little children dressed up as them). We followed this with Angels we have heard on High.

For the Psalm, we sang More than a Child. I really love this carol. Have even loaded it on my cell as a ringtone. Makes me sit and close my eyes and pray.

He spoke of a book Who Moved my Cheese by Dr. Spencer Johnson, which talks about change and how to deal with it. It tells the story of four characters in search of cheese. As they get there, someone moves the cheese. Two of them complain and grumble about this, while the remaing two continue on their journey, in process encountering many troubles and overcoming them.
The point Fr. had to make was that with the coming of our Saviour, a lot in our life will have to change. Give up our lifestyle and accept His. Are we willing to do that?

For Offertory, U. Conrad got a young boy to sing a beautiful hymn titled What can I give Him?. Really cute!

Next on our list was Holy (Presence). This is one of the new ones we have learnt this Christmas and has been appreciated by many.

For Proclamation, Chrisanne started off with Emmanuel and we repeated it.

For Peace, we sang Gift of Gift of Peace. This was also new, and we had a horrible time hitting the starting note. Thankfully, we were able to do so correctly. Of course, I did have to do octave switching, so that I didn’t sound false.

For Communion we took Silent Night (in Konkani), Cradle Song, Hark a Herald and Oh Little Town of Bethlehem. 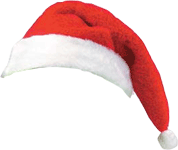 Recessional was Joy to the World, with a difference. Not in the carol, but in our change of appearance, when we put on Santa caps. I have forgotten to mention, that we had on golden stoles, which looked very smart on our suits. Hopefully, I can lay my hands on some pics (though I doubt).

Wished everyone after mass, made a quick stopover at home to drop off the candle A. Anita gave us, followed by a longer stopover at Rhea‘s place, so she could change, before going for for the party at U. Conrad’s place.