Following my last post, have finally gotten down to posting the events of the last week (actually ten days).

Began the week with a heavy work schedule. Worked late on 23, 24 and 25 of Jan and as a result missed choir practice and the prayer meeting!

No complains because at the end of it the panel I was working on (along with others) was successfully dispatched on 25th evening.

26th Jan is Republic Day was a much needed holiday. Spent a good part of the morning at home and later in the afternoon met up with Madam C after a long long time!

Headed off to Fun Republic to catch the afternoon show of the movie. Realized how important it is to carry money. Had a close situation at Pizza Hut last time, but this time took the cake.

Bought the tickets using my card as usual. Fun Republic is one expensive theatre!

With less time on our hands, we decided to eat at the food court at Fun. Settled on having a fried rice, a gravy dish and lolipops and so happily walked up to the counter and told him we want this. Next I ask him if he takes a card and he proclaims, “Sorry Sir, only Cash!”
Now, I’m a little worried, because I wasn’t able to withdrawn cash before meeting Madam C. Looked into my wallet to find a measly 80 bucks. Total bill approximately 250.

And Madam C had another 100 bucks on her. Still short of 70. Took a smart decision and chucked all three dishes and asked for just a Triple Schezwan Fried rice. 80 bucks. Well, needed the remaining 90 bucks for popcorn and coke later. Left the theatre with just 10 bucks in my wallet. Headed off with Madam C to Bandra and immediately walked into the first ATM there and withdrew some cash! 😀 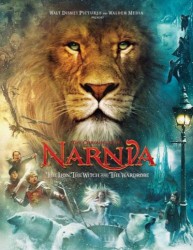 Anyway, the movie was good. Had expected it to be the second part of the original I watched a few years back. So was a bit disappointed to find it to be the same with a bit more special effects (?)

Dropped Madam C home and had time to kill so went over to Melody‘s place to do some design work.

After this went to Mt. Carmel’s for the Celebrate Jesus Gospel Concert.

Never go with expectations. I went and was disappointed. It turned out to be mainly Gospel Rock. I’m not a great fan of Gospel Rock and so came away a bit disappointed. Met up with Cloreisha, Andrew and Josemund. Madam C was also there, volunteering as usual and so was all over the place!

Can’t say all of it was bad because I did enjoy quite a few of the songs / hymns being sung. But, I am not going for the follow up concert on 4th. Can say more, but I don’t want to criticise it further.
Did end up going to bed rather late (have to stop this!).

Didn’t work late on 27th. Made it a point to leave by 6.15pm itself, since I knew I would be working on both Saturday and Sunday.

Had to make it to work by 9am on Saturday morning but woke up only at 9.15am! Reached work by 11 and was there till nearly 5pm. My colleague is off to Calcutta on leave and so had to take over what he is doing.
Spent the rest of Saturday at home itself.

Spent Sunday morning on some sitework and then went to work in the afternoon.
Had a fruitful 3.5 hours and work where we squashed quite a few bugs 🙂

Left by 6 and after a quick stopover at home went to church for the community get-together.

Madam A was supposed to have been present. Well she was nowhere to be found and only turned up for dinner. Talk about priorities! X(

Anyway, the get-together was fun. Made sure that I volunteered so that I wouldn’t have to participate 😉
Also saw one of the biggest Passing the Parcel games ever with over 100 participants and five parcels :O

This week has been rather tiresome. Have spent almost all of Tuesday, Wednesday and Thursday squashing bugs that refuse to get squashed!

Managed to find out the problems. Solutions coming soon 🙂