While I can definitely not claim to be an expert on Mr. Sherlock Holmes, but, I do run one of the oldest sites dedicated to Sir Arthur Conan Doyle.

I went in to watch the movie today knowing very well that it had nothing to do with the brilliant detective created by Sir Arthur Conan Doyle. I came away from the movie with mixed feelings. 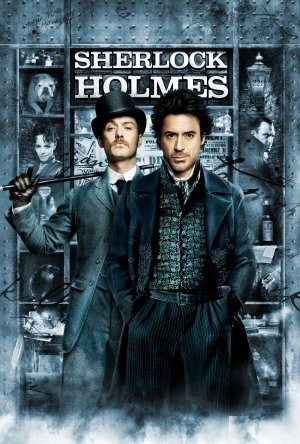 The movie begins with Sherlock Holmes and Watson catching the dreaded serial killer and sorcerer Blackwood. However, Blackwood returns from beyond the grave to strike fear in the hearts of the people of London with one aim: to take over the world.

And, of course there is only one man who can stop him: Sherlock Holmes. Ok, there are two, we can’t discount Watson.

From a detective story point of the view, the movie is excellent. A well woven plot, excellent acting on the part of Robert Downey Jr., Jude Law and Rachel McAdams. Mark Strong plays his role of Blackwood beautifully. His voice and style of speaking truly gives you the “creeps” at times.

However, from the point of view of Sherlock Holmes, the movie was a let down. I would still have been fine if they had not got some important facts wrong, like (spoiler ahead) Watson introducing Mary to Sherlock Holmes. The actual story is that Mary Morstan hired Sherlock Holmes and Watson in The Sign of Four. So, in effect, Mary didn’t need to be introduced to Holmes.

Also, we know Holmes to be a boxer. However, we never know him and Watson to get into fist fights when solving crimes.

Well, worth watching once or maybe more than once. However, watch it with a pinch of salt.

Tags:Mark Strongmoviemovie reviewreviewsherlock-holmessir-arthur-conan-doyle
previousWhere did they go from here? v1.3.1
nextLight weeks, these past two weeks has been