The Day the Earth Stood Still starring Keanu Reeves is a remake of the 1951 classic starring Michael Rennie.

The basic storyline is pretty same as the original movie, of course with major graphic updates and slight divergence from the story.

In the original movie, Klaatu lands on earth is a space ship and the moment he lands, he is shot by a jittery soldier. The remake begins with a group of scientists being brought together and are told about an object heading towards earth at a speed one tenth that of light with the fear of a sure shot collision and possible destruction of the Manhattan. Klaatu gets shot, though we don’t know by whom and is rushed to hospital.

Another major change from the original story line is Klaatu taking out the assumed identity of Mr. Carpenter in the original and here he maintains his own name. Also in the original, Jacob takes to Klaatu, while in the new movie he hates him initially. 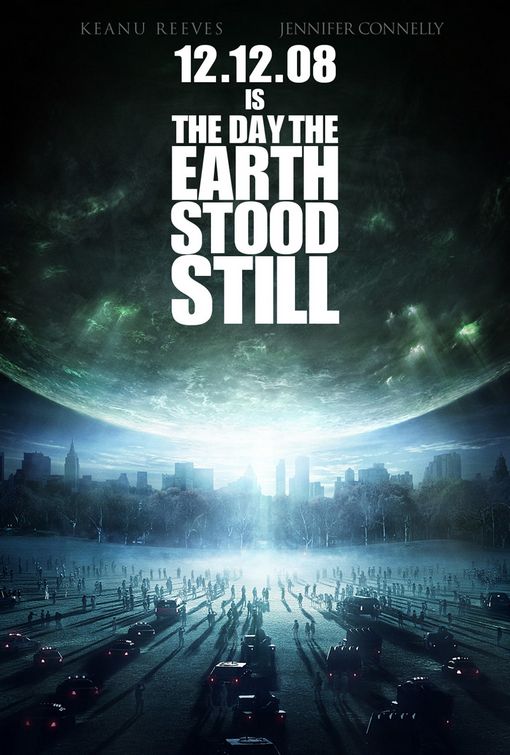 I won’t go on with the rest of the story because then there isn’t much to watch. Overall it is a one time watch. Keanu presents his usual placid style of acting. The special effects are spectacular as is the audio.

6 thoughts on “Movie Review: The Day the Earth Stood Still”