Yet another Animation flick on the block and knowing my craze for animated movies, Open Season just had to be watched. 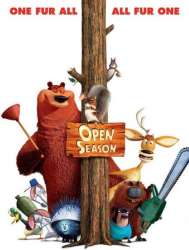 Open Season tells the story of Boog (Martin Lawrence), a grizzly bear domesticated by Beth (Debra Messing).
Three days before Hunting Season a.k.a. Open Season, Boog rescues Elliot (Ashton Kutcher) from a crazy hunter Shaw (Gary Sinise) and makes the big “mistake” of calling him “buddy”.
What follows is Elliot not letting go of Boog. Boog is later transported high up into the mountains by Beth, where he wakes up with a shock.

With no option, Boog teams up with Elliot to find his way back to town, just as Open Season begins… 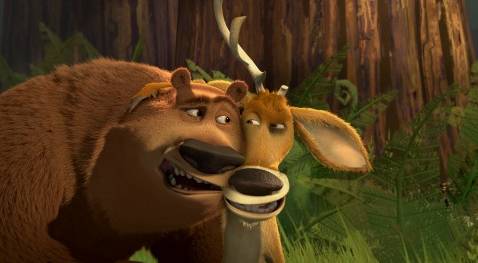 Open Season has its share of funny moments. Boog is really cute and Martin does a fantastic job of playing his part. Elliot complements him well and Ashton plays the role well.
Even the role of Shaw who plays the villain is entertaining.

The characters have been well made and all the animations are commendable.

However, when it comes to the storyline, Open Season doesn’t stand out to be exceptional. A good portion of it was predictable. And this is the only negative point in the movie as far as I can see.

But then again, I wonder how much the movie was aimed at us adults 😉