Firstly, today happens to be my brother’s birthday and exactly one week earlier was my Mom’s. So happy birthday to them both (they don’t read… Read More »23rd November 2006

But before that. Yesterday, Dad and I set off to attend a meeting of his in Andheri West. Have also been meaning to do an… Read More »It’s Pizza Time

Didn’t do much of that on Sunday when I went for my AIMCAT. Had thought it going for me when I attempted the verbal, but the quant and DI made me change my mind. Checking the results later convinced me that the verbal was also as bad as the other two!

Anyway, headed straight home after the paper. Was really zonked, because Dad had arrived in the morning, resulting in my sleep being cut shot. But no complains at all 😉

I had meant to write individual posts, but am going to be really lazy.

It all began before 20th of May when I asked an erstwhile friend to come with me to watch The DaVinci Code. Due to various reasons that deserve a post of its own, the DaVinci code didn’t release as planned on 19th. However, the 20th of date rendezvous stood and we decided to go out for lunch.

After a lot of deliberation the place decided upon was Tunga, a place I haven’t been to since my dad took me there over 10-12 years back. (it has grown a lot since then)
Read More »Two weeks stories in a post 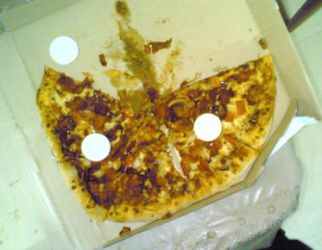 Dominos’ came out with an offer last week to celebrate 10 years, viz. a buy one get one free. Took the opportunity to pick up… Read More »Pizza, Taxes, more Pizza, Mass and Work! 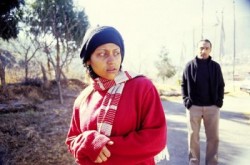 One very different post for a change. Well I’ve been up to so much in the past three weeks that I just haven’t had time… Read More »Two Weeks in a Post

Movies, pizzas and more this weekend

Did a real lot this weekend! Had choir practice as usual on Friday which was pretty normal. Woke up nice and late on Saturday morning… Read More »Movies, pizzas and more this weekend