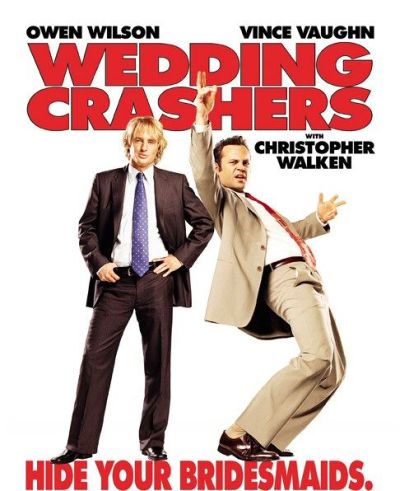 Divorce mediators John Beckwith and Jeremy Grey are business partners and lifelong friends who share one truly unique springtime hobby–crashing weddings! Whatever the ethnicity of the wedding party–Jewish, Italian, Irish, Chinese, Hindu–the charismatic and charming duo always have clever back stories for inquisitive guests and inevitably become the hit of every reception, where they strictly adhere to their proven rules of wedding crashing to meet and pick up women aroused by the very thought of marriage. At the tail end of another successful season of toasting brides and grooms, Jeremy learns that the daughter of Treasury Secretary William Cleary and his wife, Kathleen, is getting married in what is sure to be the Washington D.C. social event of the year. After infiltrating the lavish affair, John and Jeremy quickly set their sights on two bridesmaids, Claire and Gloria Cleary. With the lavish reception in full swing, Jeremy works his game plan to perfection in seducing Gloria, but John’s flirtation banter with Claire is unexpectedly impeded by her pompous, Ivy League boyfriend Sack. Having uncharacteristically fallen hard and fast for Claire, John convinces a resistant Jeremy to bend the crashing rules and accept an invitation to an extended weekend party at the Cleary family compound. Once at the palatial waterfront estate, John and Jeremy endure a multitude of comical mishaps at the hands of the dysfunctional members of the Cleary family, but also learn a few unexpected lessons about love and relationships.

Decided to watch Wedding Crashers today, because it had Owen Wilson and Vince Vaughn.

Expected it to be a good movie and I didn’t come away disappointed.

Owen Wilson and Vince Vaughn are spectacular. The movie turned to have a lot more than just comedy. A little bit of sadness and a good amount of romance added the finishing touches to a very well made movie.

There wasn’t a very unexpected or spectacular story line. And you have to watch the movie only for quotes, which are in abundance.

And guys, here is one good proposal:

I’m not standing here asking you to marry me, I’m just asking you not to marry him and maybe take a walk, take a chance.

No, I won’t be trying this out on any girl, especially her boyfriend looks like Bradley Cooper! But, Rachel McAdams is gorgeous!

Anyway, go watch that movie. Take your friend, take your girlfriend, take anyone or go watch it alone. It’s fun and worth the money you will spend on it!