The volume of work has been rather high nowadays so I am forced to take it home.

Had choir practice on Friday evening as usual. Went there after quite a while as I have always been tied up for the past few weeks.

Zeroed in on Madagascar at Fame Adlabs.

Before that, I had to drop into my A. Mertyl house in Four Bungalows for some work.

The movie turned out to be fun. Good amount of funny points that kept us laughing throughout. 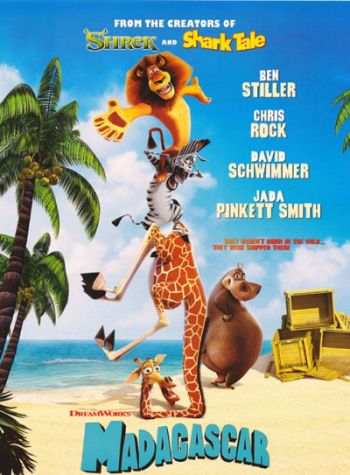 At New York’s Central Park Zoo, a lion (Stiller), a zebra (Rock), a giraffe (Schwimmer), and a hippo (Smith) are best friends and stars of the show. But when one of the animals goes missing from their cage, the other three break free to look for him, only to find themselves reunited … on a ship en route to Africa. When their vessel is hijacked, however, the friends, who have all been raised in captivity, learn first-hand what life can be like in the wild.

After the movie, we headed back to Bandra for lunch after which I dropped her home as I had to go for mass in the evening.

Dropped Rhea home after mass and spent some time with her before heading back home.

And was back to work (yes I know I am repeating myself which goes to show how much I am working!)

Planned to spend the whole of Monday with my work and that is what I did almost. Took a short break for lunch with Rhea at Zodiac, since Gazali, a fish joint in our area was closed.

Headed back home after this and continued with work. Got Mom to help me as well and she was kind enough to do so 🙂
Was able to finish a great deal of it and finished the rest of it at the office today.

Had mass in the evening on account of the Assumption of our Lady and after this, we went to Garnish for snacks with the choir.

Headed home after this, worked a good deal and went off to bed post 12 am.