Went to watch Troy today. I had heard mediocre reviews about it, and went for the movie without expecting much.

Picked her up from Bhandup and we went off to Imax Multiplex in Wadala.

The movie was really awesome. It is based on Homer’s Illiad. I haven’t read the book, but a much-abridged story tale version of it titled Tales by Homer over ten years back and hence knew the story of Troy somewhat. 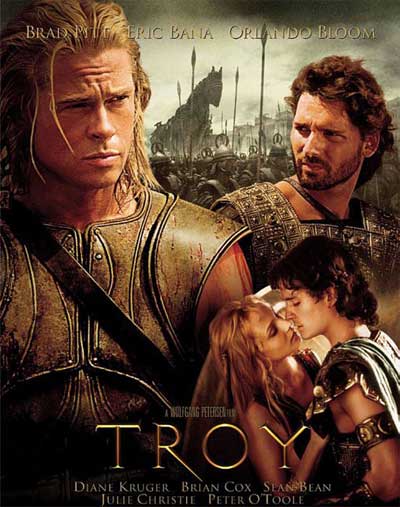 Knowing the story wasn’t a spoiler, but watching the movie brought life to the story tale I read as a little boy.

The fight sequences were spectacular, especially the one at the end between Hector and Achilles. 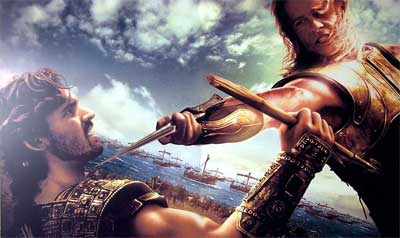 The quotes in the movie were good with a few memorable ones. I loved the one where Hector tells Paris when he brings Helen back with him on the ship to Troy:

Madam D loved the scene between Achilles and Priam in Achilles tent when Priam requests Achilles to return the body of Hector so that he may complete the proper burial rituals.

The movie is three hours long, but is definitely a must see:O

After the movie, we went to the Barista at Chembur and were there for nearly three hours, after which I briefly stopped over at her place before getting back home.

Had to visit the doc, because my throat pain got worse. I can’t talk too much! That is really a punishment for me:O