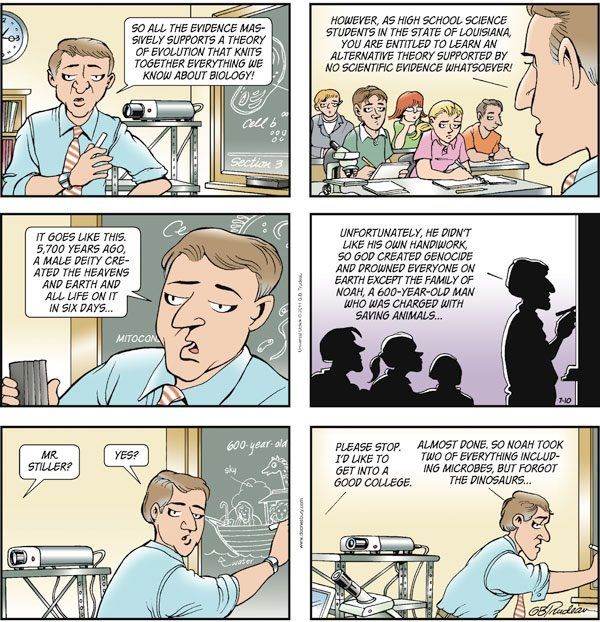 “So all the evidence massively supports a theory of evolution that knits together everything we know about biology.

However, as high school science students in the State of Louisiana, you are entitled to learn an alternative theory supported by no scientific evidence whatsoever!

It goes like this. 5,700 years ago, a male deity created the heavens and earth and all life on it in six days…

Unfortunately, he didn’t like his own handwork, so god created genocide and drowned everyoen on earth except the family of Noah, a 600-year-old man who was charged with saving animals…”

A student interrupts Mr. Stiller, asking him to stop. Siller concludes… “Almost done, so Noah took two of everything including microbes, but forgot the dinosaurs…”

1 thought on “What happened to the dinosaurs….”