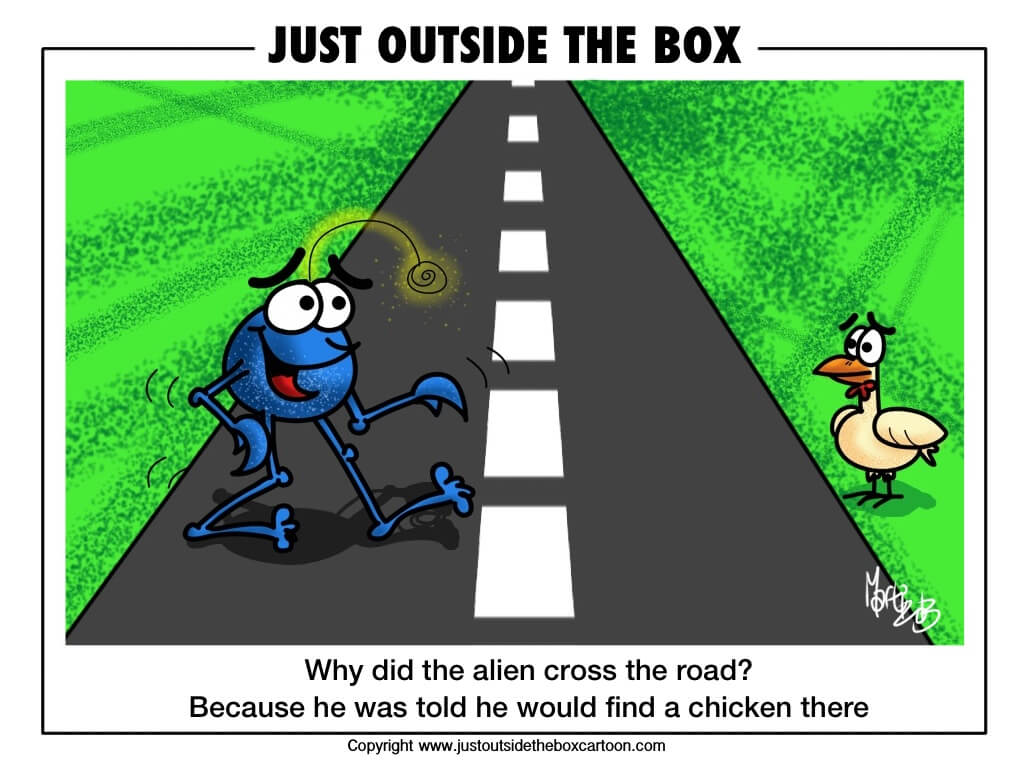 Source: Just outside of the box

Farmer John lived on a quiet rural highway. But, as time went by, the traffic slowly built up at an alarming rate. The traffic was so heavy and so fast that his chickens were being run over at a rate of three to six a day.

So one day Farmer John called the sheriff’s office and said, “You’ve got to do something about all of these people driving so fast and killing all of my chickens.”

“What do you want me to do?” asked the sheriff.

“I don’t care, just do something about those crazy drivers!”

So the next day he had the county workers go out and erected a sign that said:

Three days later Farmer John called the sheriff and said, “You’ve got to do something about these drivers. The ‘school crossing’ sign seems to make them go even faster.”

So, again, the sheriff sends out the county workers and they put up a new sign:

Finally, he asked the sheriff, “Your signs are doing no good. Can I put up my own sign?”

The sheriff told him, “Sure thing, put up your own sign.” He was going to let the Farmer John do just about anything in order to get him to stop calling everyday to complain.

The sheriff got no more calls from Farmer John. Three weeks later, curiosity got the best of the sheriff and he decided to give Farmer John a call. “How’s the problem with those drivers. Did you put up your sign?”

“Oh, I sure did. And not one chicken has been killed since then. I’ve got to go. I’m very busy.” He hung up the phone.

The sheriff was really curious now and he thought to himself, “I’d better go out there and take a look at that sign. it might be something that We could use to slow down drivers…” So the sheriff drove out to Farmer John’s house, and his jaw dropped the moment he saw the sign. It was spray-painted on a sheet of wood

NUDIST COLONY: Go slow and watch out for the chicks!