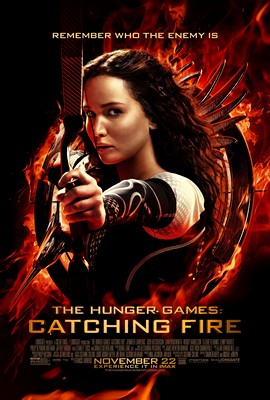 Katniss Everdeen and Peeta Mellark may have survived the 74th Hunger Games. But, life isn’t better in District 12. And, there is unrest in the other districts as people are inspired to revolt using Katniss as their beacon of hope.

President Snow is eager to get rid of Katniss and what better way to do so than the Quarter Quell. Held every 25 years, this Quarter Quell will feature the previous winners who aren’t pleased to go into the games yet again.

The second movie in this series is definitely better than what the first had to offer. It had relatively better special effects than the first and was definitely a bit more fast paced. Unfortunately, the movie is still quite long and you do have a to survive some relatively quiet scenes.

The cinematography is very well done. The clothes, the locations and the scenes are well shot. And, although, I might not be the biggest fan of the cast including Jennifer Lawrence, I will admit she and the rest of the cast play their role well.

What was your opinion of The Hunger Games: Catching Fire?