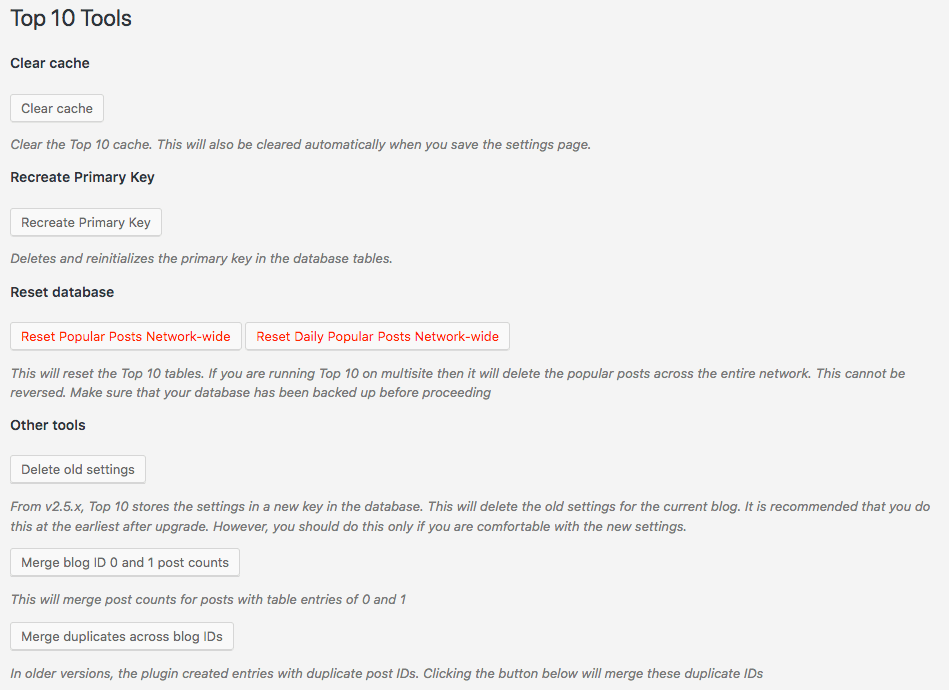 I’ve released Top 10 v2.5.6 which adds a new tool under the Top 10 > Tools page which allows you to recreate the PRIMARY KEY in the tables. This provides a much needed fix to a bug in 2.5.5 where the primary key got lost in several installs likely because the dbDelta function didn’t work as intended.

This follows two bug fix releases over the past several weeks particularly around compatibility with the Settings API that was introduced in Top 10 v2.5 where things didn’t work properly in some installs.